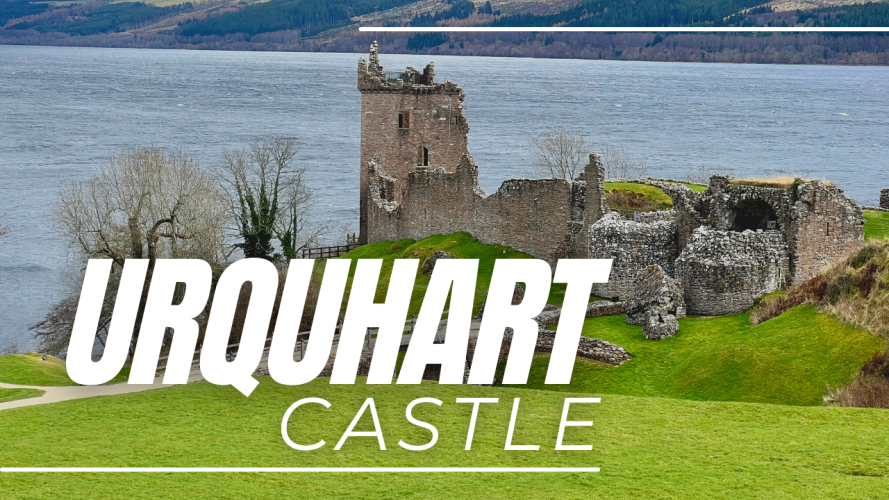 Urquhart Castle is situated on the coast of Loch Ness in the Highlands of Scotland. It is about a 21 minute drive from the city of Inverness.

The present castle dates from around 1230 and was built by the Durward family. It was captured by Edward I of England. It was a Scottish royal castle from the mid 1300’s. It was raided several times by the MacDonald Earls of Ross. Eventually the castle was granted to Clan Grand in 1509 but the MacDonald’s continued raiding the castle.

It was partially destroyed in 1692 to prevent the Jacobite forces from capturing the castle.

It was opened to the public in the 20th century and is now one of the most visited castles in Scotland.

Despite it’s picturesque location, it has only been used in 2 films: “The Private Life of Sherlock Holmes (1970)” and “Loch Ness (1996)”. It was featured in the Outlander books as the location where Frank and Claire have their 2nd Honeymoon.

You can go to the official website of the castle by clicking here.